I Write Crappy Code Oh my god. It's full of code!

So I’ve been working on that DeepClone class and it occurred to me that whatever invokes that class might like to know when the process is done (so maybe it can do something with those created records). Seeing as the DeepClone is by it’s very nature asynchronous that presents a problem, since the caller cannot sit and wait for process to complete. You know what other language has to deal with async issues a lot? Javascript. In Javascript we often solve this problem with a ‘callback’ function (I know callbacks are old and busted, promises are the new hotness but bare with me here), where in you call your asynchronous function and tell it what to call when it’s done. Most often that is done by passing in the actual function code instead of just the name, but both are viable. Here is an example of what both might look like.

So yeah, javascript is cool, it has callbacks. What does this have to do with Apex? Apex is strongly typed, you can’t just go around passing around functions as arguments, and you sure as hell can’t do dynamic invocation… or can you? Behold, by abusing the tooling api, I give you a basic implementation of a dynamic Apex callback!

What’s going on here? The Tooling API allows us to execute anonymous code. Normally the Tooling API is for external tools/languages to access Salesforce meta-data and perform operations. However, by accessing it via REST and passing in both the name of a class and method, and properly encoding any data you’d like to pass (strings only, no complex object types) you can provide a dynamic callback specified at runtime. We simply create a get request against the Tooling API REST endpoint, and invoke the execute anonymous method. Into that we pass the desired callback function name. So now when DeepClone for example is instantiated the caller can set a class level property of class and method it would like called when DeepClone is done doing it’s thing. It can pass back all the Id’s of the records created so then any additional work can be performed. Of course the class provided has to be public, and the method called must be static. Additionally you have to add your own org id to the allowed remote sites under security->remote site settings. Anyway, I thought this was a pretty nice way of letting your @future methods and your queueable methods to pass information back to a class so you aren’t totally left in the dark about what the results were. Enjoy! 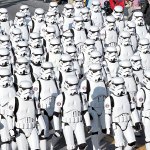 So a day or two ago I posted my first draft of a deep clone, which would allow easy cloning of an entire data hierarchy. It was a semi proof of concept thing with some limitations (it could only handle somewhat smaller data sets, and didn’t let you configure all or nothing inserts, or specify if you wanted to copy standard objects as well as custom or not). I was doing some thinking and I remembered hearing about the queueable interface, which allows for asynchronous processing and bigger governor limits. I started thinking about chaining queueable jobs together to allow for copying much larger data sets. Each invocation would get it’s own governor limits and could theoretically go on as long as it took since you can chain jobs infinitely. I had attempted to use queueable to solve this before but i made the mistake of trying to kick off multiple jobs per invocation (one for each related object type). This obviously didn’t work due to limits imposed on queueable. Once I thought of a way to only need one invocation per call (basically just rolling all the records that need to get cloned into one object and iterate over it) I figured I might have a shot at making this work. I took what I had written before, added a few options, and I think I’ve done it. An asynchronous deep clone that operates in distinct batches with all or nothing handling, and cleanup in case of error. This is some hot off the presses code, so there is likely some lingering bugs, but I was too excited not to share this. Feast your eyes!